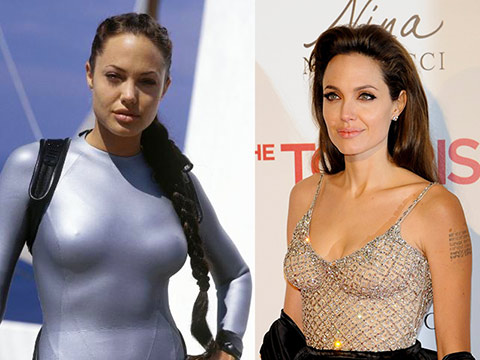 Knowing how high her risk is, Jolie opted to take precautions and have a double mastectomy in order to be around for her children. Jolie’s mother died at the age of 56 due to ovarian cancer. Jolie went through three months of treatments and reconstruction surgery. Jolie’s risk of developing breast cancer is now only 5%.

BRCA1 and BRCA2 are mutations linked with hereditary breast and ovarian cancers. Simple blood tests can help determine if a woman carries the mutation. About 1 in 500 women carry the mutation.

Jolie’s decision has a lot of controversy attached to it. Some support her all the way, like Sheryl Crow who sent out a tweet that read, “Ladies, please check out Angelina Jolie’s story today, especially if you have breast cancer in your family history. I commend Angelina Jolie for her courage and thoughtfulness in sharing her story today regarding her mastectomy. So brave!”

But some people are concerned with her choice to go public though. Dr. Otis Brawley, who is the chief medical officer for the American Cancer Society said, “Not every woman needs to be tested and not every woman who tests positive for a BRCA gene mutation should have a double mastectomy.”

Celebrities bring controversy, as you can’t please everyone. Jolie faced a hard decision, one that would alter her life significantly, no matter which direction she chose.