How a baby’s gender is determined 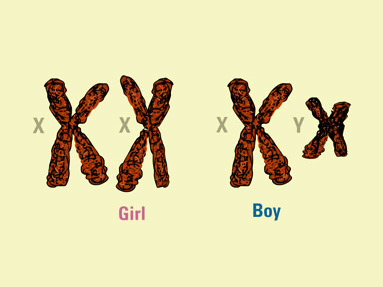 It is vital to understand how mother nature determines a baby’s gender. Let’s take a look at what scientists have discovered about the flow of events that lead to the determination of gender. These facts are mostly fascinating and amazing combined.

We are all born with genetic coding called Deoxyribonucleic acid or DNA. Our DNA coding is so complex that we would have 100 trillion meters of DNA in our body if we link them in a linear position. This means that we have enough DNA to reach the sun back and forth for more than 300 times. The reason that we do not have long strands of DNA sticking out is that DNA are packed into compact unit called chromosomes. Each human being have 23 pairs of chromosomes with pair being sex chromosomes.

Chromosomes are referred to as the microscopic units that can be found in the nuclei of the cell. It contains smaller genes, which also contains the genetic codes that dictate a person’s physical characteristics. Through the combination of both male and female sex cells, that is, sperm and egg, a master cell, called an embryo, is created. The embryo contains a complete set of chromosomes that are needed to create a new human being. The genes will then be unique to that specific individual.

Compared to the other body cells in the body, the male and female gametes, i.e. sperm and egg cells, are only composed of half the amount of chromosomes. Therefore, it is important to have a sperm and egg cell to combine so as to create a new cell which will have an enough number of chromosomes that will determine the development of a baby.

The difference in size of the chromosomes is the key to gender determination. The pair that has mismatched is referred to as ‘sex chromosomes’. The smaller partner is called the ‘Y’ chromosome, while the larger one is called the ‘X’ chromosome. Once the sperm cells mature as preparation for the task of fertilisation, they are divided into halves, with the pair splitting into new cells. It was also theorised that Y chromosomes approach one of the matured sperm cells and X to another. The concept was that the eggs that are fertilised by the Y sperm cell would produce offspring of the gender while the eggs that are fertilised by the X sperm would produce an offspring of another gender. 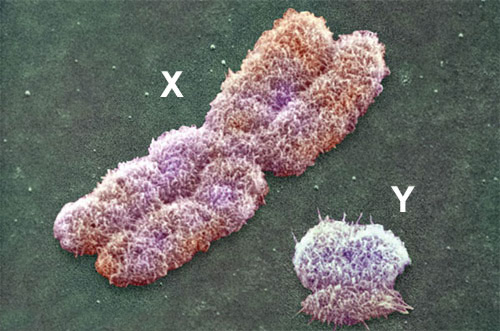 Nature dictates that out of the millions of sperm cells that are produced, only a few hundred, or even a few thousand can have contact with the egg cell. Some approach right away, but miss the target. The reality that only a few gets to meet the egg may be nature’s design after all. It’s like a game of the fittest where the best can become the consort of the queen. The fastest of the sperm can get to the egg in just a few hours.

However, if the egg has not been released yet from the ovary, the journey of the sperm may simply be in vain. Some may even be brave enough to wait until the egg shows up, and when that happens, fertilisation happens. The strongest sperms may survive up to a maximum of four days, but most dies eventually.

The gender of that new human being is completely determined by the type of sperm that reaches the egg. Twenty-two of the chromosomes in the sperm will match up with another twenty-two of the chromosomes of the egg. This will determine the physical characteristics of the new life, except for its gender. The other one remaining sperm chromosome, as well as the other remaining chromosome from the egg, will pair up in order to determine gender. The egg always produces an X chromosome to the partnership. On the other hand, the sperm can contribute either an X or a Y chromosome. If the winning sperm include an X sex chromosome, then the pair will produce an XX pair, which produces a girl. At the same time, if the sperm brings a Y, the resulting pair will be XY, or a boy.