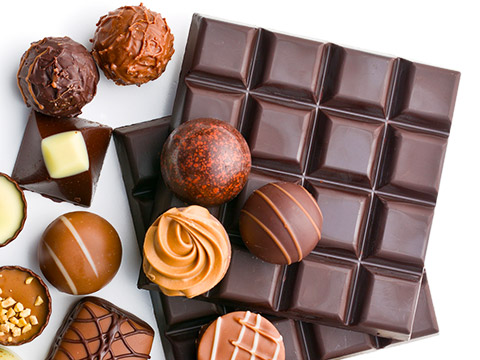 Recent research reveals that chocolate, everyone’s favorite rich, dark indulgence, may actually be good for you. As if you needed another reason to munch on a Hershey’s Kiss.

For years, doctors have known that tea is rich in catechins, which are antioxidants that fight heart disease and possibly cancer. However, a study published in a recent issue of the British medical journal The Lancet found that cocoa (the primary ingredient in chocolate) is not only a good source of antioxidants but also has more catechins than tea.

Ilja Arts, M.D., and her colleagues from the Netherlands analyzed the amount of catechins in both commercially available chocolate products and tea. The results? Dark chocolate had the highest total catechin content (53.5 mg per 100 grams), followed by milk chocolate (15.9 mg per 100 grams) and concentrated black tea (13.9 mg per 100 milliliters). Although chocolate and tea were found to contain different types of catechins, the researchers believe that drinking a cup of tea and eating a chocolate cookie might be not only enjoyable but also good for your health.

Here’s even more good news about chocolate: Evidence shows that stearic acid, the major fatty acid in chocolate, does not raise cholesterol, according to Keith-Thomas Ayoob, Ed.D., R.D., the director of the nutrition clinic at the Rose F. Kennedy Center in New York and spokesperson for the American Dietetic Association.

However, don’t take these encouraging bits of news as carte blanche to overindulge in chocolate. It is still very high in saturated fat – the kind you need to avoid. “It’s okay for people to have a few foods [high in saturated fat] in their diets, such as chocolate, simply because they taste good,” says Ayoob, “but they should try to eat those foods in moderation.”