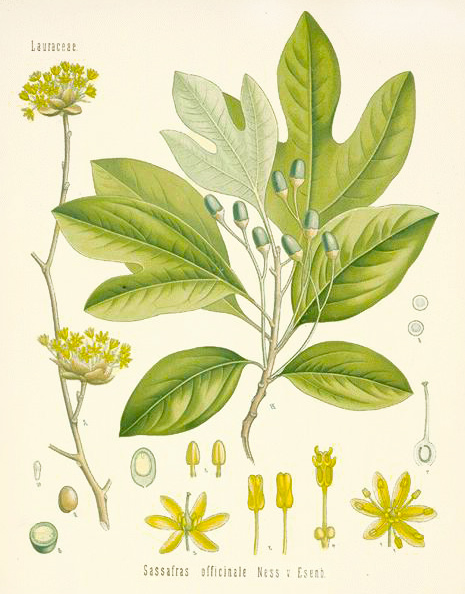 Sassafras tree grows to a height of 20-40 feet. It has an orange-brown bark, slender branches and oval leaves. Sassafras roots are large, woody with a soft, spongy or rough bark often grayish-brown or red in color. It is found in eastern United States, Canada, Mexico and Taiwan.

The medicinal parts are the peeled and dried root bark and the root wood possessing, antiseptic, anti-inflammatory, anti-rheumatism, diaphoretic, diuretic and stimulating properties. 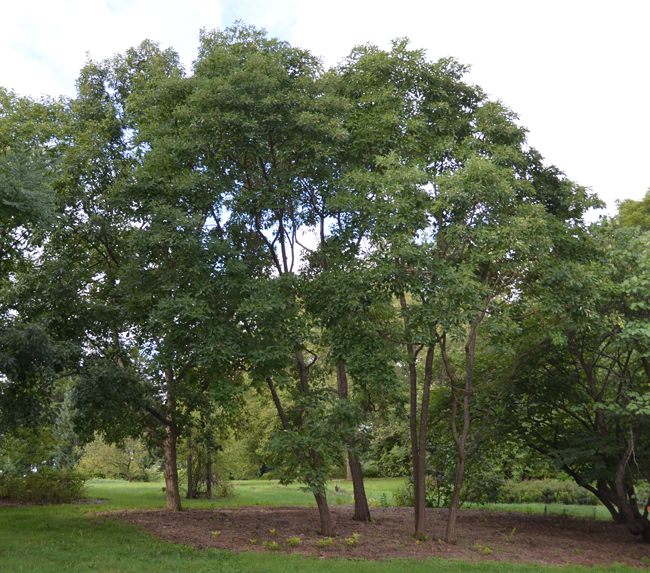 Indigenous tribes of the eastern United States such as, the Houmas and Rappahannocks drank a root infusion to lower fever and promote the eruption of rashes from measles. Colonial England imported it to treat colic and venereal diseases. The volatile oil of the root bark was officially listed in the U.S. Pharmacopoeia from 1820-1926, as a pain reliever.

Sassafras is a remedy for: 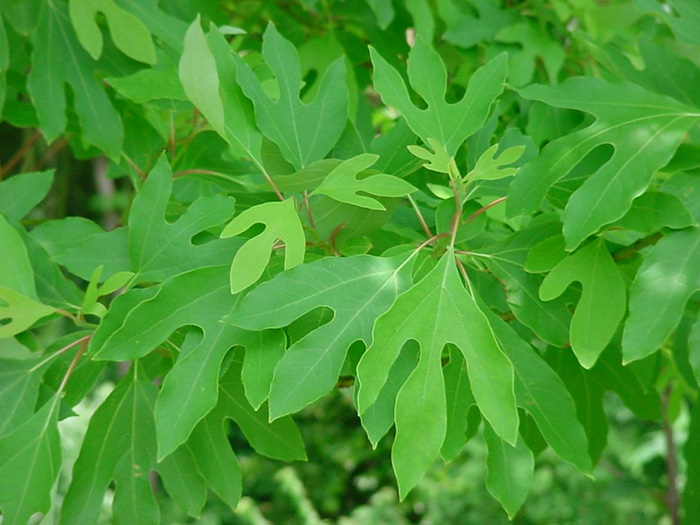 Contraindications: pregnancy due to its emmenagogue effect (encourages menstrual bleeding and uterine contractions).

Sassafras should not be taken alone but with other herbs such as Guaiacum and Sarsaparilla. Overdosage can lead to accidental abortion, dilated pupils, narcotic poisoning, vomiting and stupor leading to collapse. The volatile oil containing safrole should not be administered because of it’s carcinogenic effects.