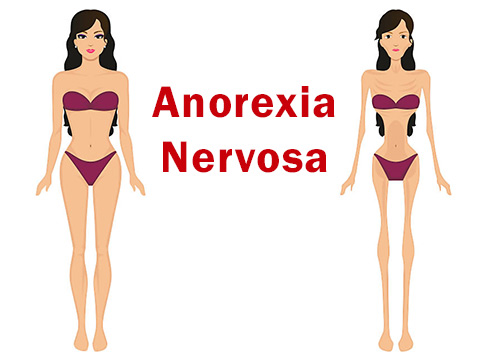 Most of us want to shed a few pounds. This may be especially true during adolescence, when our appearance takes spotlight in our attempts to figure out who we are. At any one time, more than two-thirds of girls in high school are dieting. For some, losing weight becomes an obsession that is not satisfied with the loss of a few pounds. Some develop an eating disorder known as anorexia nervosa.

Although anorexia nervosa receives a substantial amount of press, the American Psychiatric Association reports that it is diagnosed in less than one percent of the population. Then why the press? Because it is salient. Anorexia afflicts people who appear to be quite successful and have everything going for them. It is this sense of success and perfectionism that drives anorexia. Also, many cases of anorexia nervosa persist without a diagnosis. Researchers have estimated that 18 to 20% of school aged girls show symptoms of an undiagnosed eating disorder.

Studies have shown that 70% adolescent girls are unhappy about their weight or body shape and desire to be thinner. In one study, more than one-third of normal weight girls believed that they were overweight, including five percent who were actually underweight. It may not be surprising that anorexia nervosa is diagnosed in women ten times more often than in men. The average age of onset is 17.

Anorexia nervosa is diagnosed on the basis of the following symptoms: 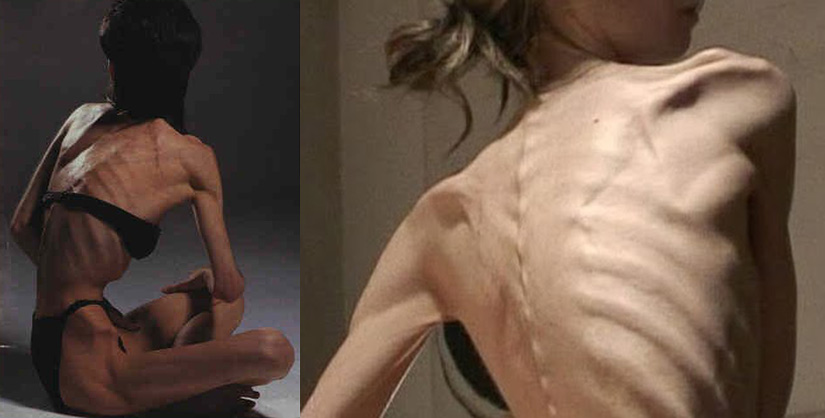 Patients with anorexia nervosa have both physical and psychological consequences:

One signal that a person’s weight has gotten too low is the appearance of lanugo. Lanugo is soft, downy hair that grows on the torso and body. It is the body’s attempt to keep warm. Anorexia patients often complain of being cold because their bodies haven’t enough fat for basic insulation and temperature regulation.

It is a complex disorder with multiple causes that may be different for each person. Some theorists have pointed to sociocultural factors as potential causes for anorexia.

Some theorists look to the family system. Self-starvation may be a girl’s attempt at asserting her autonomy in an overly controlling family system. Parents may have exceedingly high expectations that girls find difficult to live up to. Teens may starve as a way of exerting control over their lives and bodies. Most girls diagnosed with anorexia nervosa are perfectionists and extend their over achieving tendencies to weight loss. Weight loss may become a symbol of mastery.

There may also be a genetic or biological component to anorexia. Biological relatives of anorexia patients are about eight times more likely to be diagnosed themselves. However, mechanisms of genetic transmission have not yet been identified.

Anorexia nervosa often co-occurs with other psychological disorders that are known to have a biological component including depression and obsessive compulsive disorder. Some studies have shown the co-occurrence of obsessive compulsive disorder in over two-thirds of patients with anorexia. In these cases, the obsessions tend to focus on food, exercise, and dieting. The compulsions (behaviors that the patient engaged in to relieve anxiety) often include weighing food, cutting it into small pieces, or excessively chewing food.

Anorexia nervosa is very difficult to treat because the patient denies the problem. What can you do if you know someone with anorexia nervosa?

Anorexia nervosa can be devastating to both the patient and those around her. But there is help available. If you, or someone you know, show signs of anorexia nervosa, don’t be afraid to seek professional help.